The Surprising Leader Who Prayed Over the GLS20 Audience

TOPICS IN THIS STORY

When Riley Fuller, co-founder of Humanity and Hope United, first attended The Global Leadership Summit in 2014, he discovered firsthand what can happen when people are equipped and empowered for their purpose. “It felt like God giving me the tools to bring to life what he had given me the dream for—how to lead consistently, how to be a leader other people love to follow, how to follow others, how to truly lead with love, active humility and empathy, and doing it in a way where I can put my heart into it, trusting God for the outcome,” said Riley. Having gone to the Summit every year since then, the Summit has helped him grow in his leadership, expand his ministry and also start Generous Coffee with a friend to help generate funds to support the ministries they care about.

…they said they felt known, valued and accepted—‘I feel like I’m good enough.’

After discovering the Summit was offered globally, Riley decided to bring it to the leaders of Humanity and Hope United from their small village in Honduras, “There were people attending who had never left rural Honduras,” Riley explained. “I remember them looking around, seeing how they felt a little bit out of place. Then I asked about what they got out of it, and they said they felt known, valued and accepted—‘I feel like I’m good enough.’” 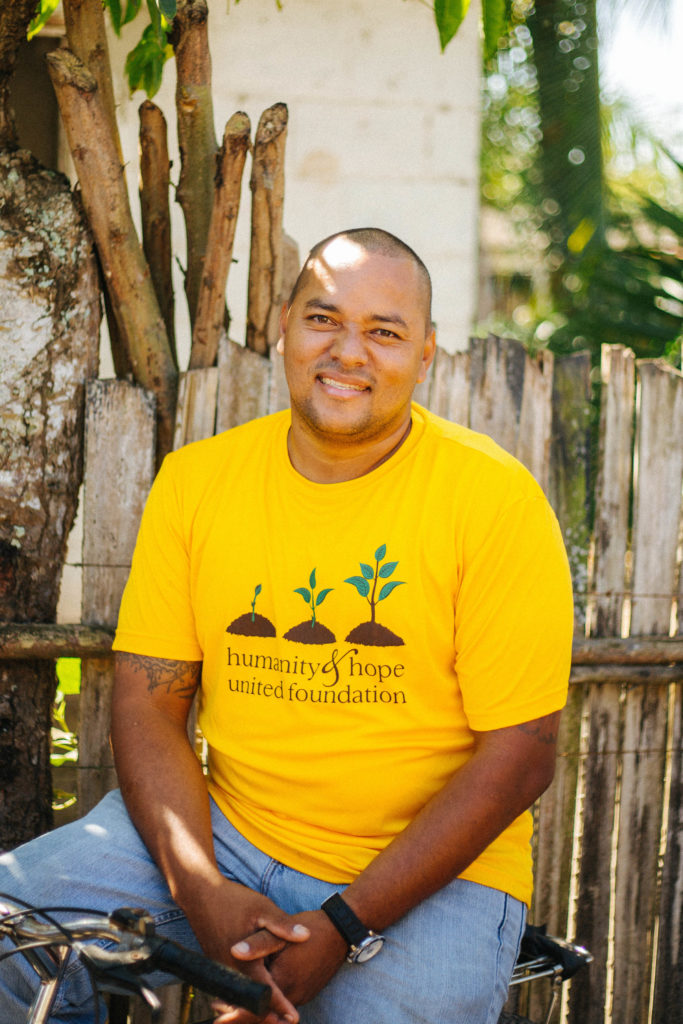 A vision comes true at the Summit in 2020

When you really dive down into leadership, you realize how God-breathed the concept of real leadership is. When local leaders get better, and the local church gets better, everybody gets better. One of the leaders Riley was able to introduce to the Summit is a man named Darwin Suazo, the project and sales manager for Humanity and Hope United in Honduras. Darwin’s is a remarkable transformation story, showing how God brings people into your life at strategic moments, allowing you to discover your purpose and true passion.

When Darwin had an opportunity to pray over the Summit audience during one of the event’s featured videos, this vision came true!

“Darwin had an incredible experience at the Summit in 2020!” Riley exclaimed. “He learned things that are going to transform his leadership and help him make his people better. Interestingly and powerfully, a prophecy over his life also came true at Summit this year.”

As it turns out, when Darwin was in prison in the U.S., a preacher had a vision over his life that he would speak internationally about Jesus and help impact people’s lives with hope all across the world. When Darwin had an opportunity to pray over the Summit audience during one of the event’s featured videos, this vision came true! “Darwin is one the best leaders and kindest people I’ve ever met,” said Riley. “His heart is a reflection of Jesus and he fights hard for vulnerable people every single day.”

Watch the video where Darwin had the opportunity to pray over the Summit audience in 2020:

Darwin was born in Honduras but moved to the United States at the age of 7 with his mom and brother. He later returned to Honduras and joined the team at Humanity and Hope United, but not before a difficult journey. “My mom had three jobs and worked hard to provide for us,” said Darwin. “But life was not easy for our family.”

“One of my brothers started to get involved in drug trafficking,” Darwin explained. “At the same time, I was hanging out with people who were involved in organized crime; I started partying, smoking and doing drugs.”

“When I saw my mom, she would tell me to sit down in bed, and then she would get on her knees to pray for me. She told me God loved me, but I didn’t believe that God could love someone like me.”

“I continued my life of partying with no fear in my heart. When I would go to jail, I would read the Bible, pray to God and promise to be better, but they were fake promises—I would get out of jail and continue to live the same lifestyle.”

“During one stint in jail, I met Gerardo. He would preach to me and I would always run him off. But one night, I woke up crying. I heard a voice that said, ‘I’m the one that’s calling you.’ I knew it was God talking to me. That night, I told God I would serve Him but that I needed His help. The next day, I asked Gerardo if there was going to be church service that day. He had a big smile on his face. After that day, I started serving God in jail and sharing His message with others.” 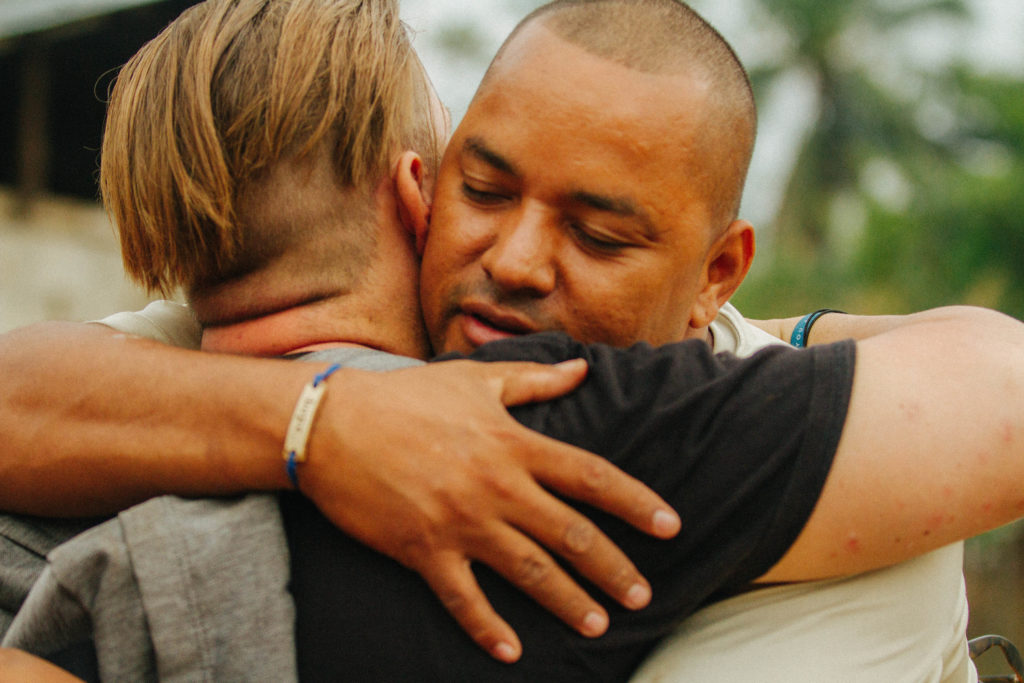 When Darwin was eventually released, he moved back to Honduras, met his wife and started a beautiful family. Now he works for Humanity and Hope United. “We serve people in rural Honduras, helping them access better jobs, education, healthcare and so much more,” said Darwin. “We are doing what God has called us to do—loving one another. And what better way to love one another than by helping one another?”

When I think about the prison cell God pulled me from, and then think about where He has me now, I’m encouraged.

“The part of my work that excites me the most is being able to share the love of Jesus with others, not just through words, but also through actions,” said Darwin. “We meet so many different people in this world who have myriads of different needs—it excites me when I know I was able to help someone who was struggling.”

Darwin is empowered through the Summit

The Global Leadership Summit has been an incredible opportunity for Darwin to discover his strengths, sharpen his skills, learn how to serve others and call out the best in them. “The Summit was and is a life-changing experience,” said Darwin. “There are a lot of things I have learned over the years from attending, like how to believe more in myself, how to treat others equally, how to be a good businessman and how to fully trust in God. Because of the Summit, I have been able to see my life differently. I have learned, with the love of God and a willingness to invest time in people, we can help people bring out the leader inside themselves.” “One of the most surprising things I’ve learned on my leadership journey is that we can influence and sometimes even transform others’ lives with our testimony,” said Darwin. “When I think about the prison cell God pulled me from, and then think about where He has me now, I’m encouraged. It makes me want to keep moving forward. God’s powerful hand has been with me even before I gave my heart to Him!”

The Global Leadership Network is a community committed to learning from each other and using our influence to accomplish God’s purposes on earth. No matter where your influence is, when you commit to grow your leadership, everyone around you wins—businesses work for good, communities are transformed and churches thrive! Both global and diverse, our network includes partners in 1,400+ cities and 135+ countries. We are committed to deliver fresh, actionable and inspiring leadership content both at The Global Leadership Summit, and year-round through our digital platforms.

Years at GLS All